Although a Church is far more than just a set of buildings, it still provides a focus for the life of its congregation and it is appropriate to give below a brief survey of the Churches in our Parish. You will find a lot more detail of what goes on there and in the homes and lives of the parishioners in the pages of this Website. 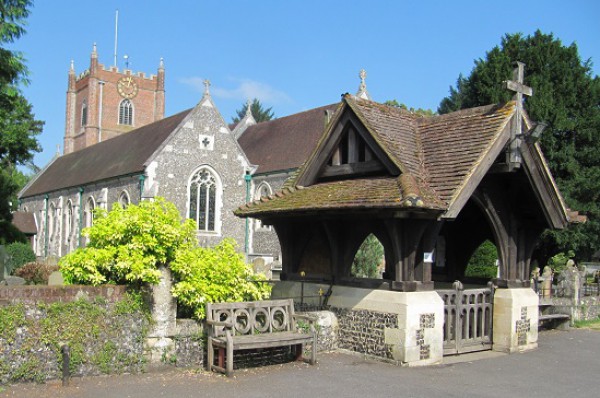 The Church of St. Mary the Virgin is located in the heart of the large village of Wargrave on Thames, and is beautifully situated beside Mill Green. It is the oldest (parts dating back to the 12th Century) and biggest of the three Churches in the Parish. The Parish Office occupies space in the vestry on its north side, and the Vicar lives close by. There are two services each Sunday. Close by is The Hannen Room, administered by the Parish,  where both Church and Village hold meetings of up to about 40 people. Plans are well advanced for the construction of an Annexe to act as a Church Centre. Wargrave is also the focus for a programme of activities for children and young people. There are four Church Schools in Wargrave. 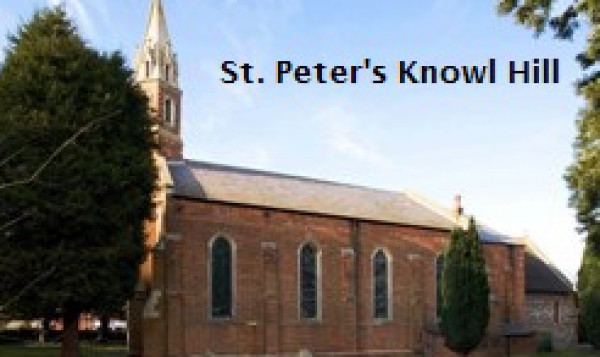 The Church of St. Peter is located beside the busy A4 "Bath Road" in the smaller village of Knowl Hill.
A separate set of pages about the life and work of this Church and its companion MIssion Church at Warren Row can be found on the Knowl Hill pages
Also, though not part of the Church of England Parish, there are two Roman Catholic places of worship - Our Lady of Peace in Braybrooke Road was opened in 1963, and is supported by the Parish of St Thomas More in Twyford, and Mass is also celebrated in the Chapel of the Convent of St John in Kiln Green.There were previously three other places of worship in the Parish, which no longer operate. Off the High Street in Wargrave was a Congregationalist Chapel, built in 1835, which closed in 1981. In Crazies Hill, the Village Hall was originally built to serve also as a Mission Church (and it still contains the paraphernalia of an altar etc behind folding doors). Its services were taken by the Wargrave clergy. A Church School flourishes nearby. In Hare Hatch, there used to be another "Tin Tabernacle" in Milley Lane, built by a local family who supported the work of a Lay Reader for many years.  A separate Village Hall was built in Tag Lane, which also was used as a Mission Church for a while after the Tin Tab was demolished.